Andy was out of town. It was a Saturday. I wanted to be out of the house. So I mustered up some courage, strapped all three kids into their car seats, loaded the stroller and drove to the zoo.

The weather? Beautiful. The number of people at the zoo? Insane.

Still, I was determined.

I parked far, far away. I strapped everyone into the Valco, and dumped the contents of my diaper bag into the basket underneath the stroller. We took off. 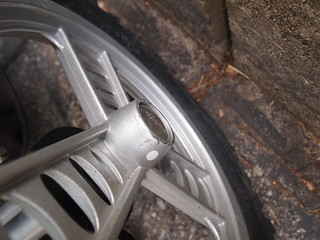 It was right around the time we were battling the crowd to see the giraffes that I realized one of my tires was almost flat. And I had no pump. And no help. And our van was far, far away. Memories of my dad reminding me to “check my oil” in my old car—the one that required oil-checking frequently, came flooding back to me. If he lived with me, I guarantee he would have reminded me to “check my tires.”

My old self would have found this scenario incredibly daunting.

Not my new self. Or, should I say, growing self.

There were no worst plural scenarios, thankfully. The kids walked a lot, which was difficult with all the people, but we managed. And honestly, it was easier than putting everyone in/pulling everyone out at every different thing so they could see. 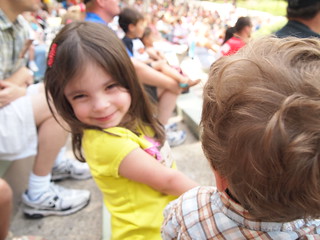 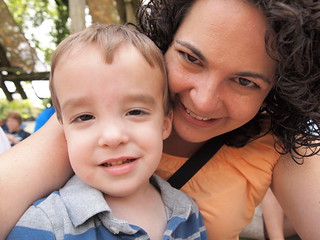 We had fun. We went to a bird show—my first time taking all three kids to a sit-down event by myself and they lasted (and laughed and clapped), the entire time. 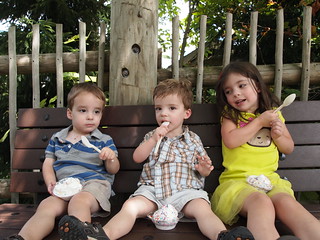 We had ice cream.

We skipped the elephants, per Sophie’s request (a rather loud incident several years ago scarred her).

I felt good. I remembered the state I would get myself into with the idea of taking Sophie—just Sophie—somewhere by myself when she was a newborn. And not that that worry was wrong. I think that’s part of being a mother, a new mother, a good mother. But I also think, generally, I’d be better off with less worry.

You know those women who pride themselves on running marathons? Or getting promotions? Or winning a grant? Yeah, that’s not my life right now. Everything’s on a (much) smaller scale. But I’ve learned to take pride in these (small) achievements. Because I could lament the fact that I no longer run or manage a magazine. I could read and re-read and re-re-read the rejections I get from literary agents all too often.

I can say, Hey you. You took three at-times-crazy kids to an overcrowded zoo in a stroller with a flat tire and survived. You rock.

Hey you. You survived all three kids being sick at once. You rock.

Hey you. You folded a load of laundry today. You rock.

That doesn’t mean I’m not still aiming high. I keep submitting to agents, even though I do keep getting rejected. But I also learned that I’m a happier human being if I celebrate the small achievements in life—as well as the big ones. 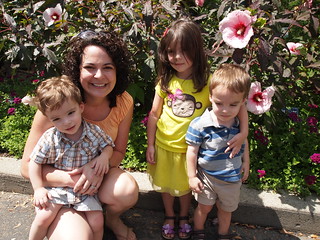 This new line of thinking also encourages me to get out more, do more, try more–even if there are hiccups along the way.

“He who teaches children learns more than they do.” —German Proverb