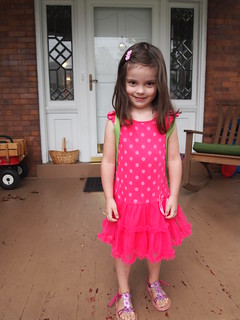 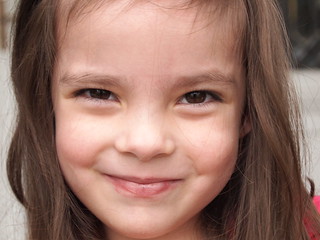 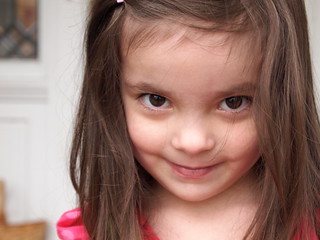 “Holidays are enticing only for the first week or so. After that, it is no longer such a novelty to rise late and have little to do.” —Margaret Laurence

Not feeling well I decided to sneak a quick nap in Sophie’s bed while she played in her room and the boys napped. I heard someone knocking on our front door and then the doorbell rang, despite our “please knock only” sign taped over it. I sighed heavily, hoping the boys wouldn’t wake. I was halfway down the stairs when I saw Harold peeking in through the window. I opened the door and gave him a big hug. Harold and his wife, J, had been married for more than 50 years. They never had children together, so they were each other’s everything. J passed away last week.

Before I could invite Harold in or offer him something to drink he settled himself into a rocking chair on our porch and just started talking. He shared neighborhood gossip (he knows everything about everyone). He talked about J. He talked in great detail about all the hospitals she went to, they went to, these last few months, all the tests she had done, how much weight she had lost, the biscuits and gravy she’d order from the hospital cafeteria and then only eat a bite of, the Peppermint Patty she asked him to buy for her from the hospital’s gift shop, of which she only ate half.

He talked about how he and J met. He was a Boy Scout at the time, and saw her walking alone. He stopped her and said “As a Scout, I need to do good deeds. And my good deed today is to walk with you.” They dated for three years until she told him it was about time they got married. “We hardly fought,” he said. I asked him his secret. He said if they couldn’t agree on something, they’d go on a walk, and they’d walk and talk until they worked it out.

He talked about their 20-some trips to Florida. He talked about her 57 pairs of shoes. She had worked for a shoe manufacturing company and part of her job was to wear new shoes for two weeks and then comment on them. She kept them all. He counted them. He said he planned to give them away to people who needed them. He talked about the trunks of pictures he needed to go through in the attic. He talked about wanting more pictures of just her, wondering why there weren’t more pictures of just her. He talked about how she liked her eggs “woozy” and how she liked salt on her potatoes and how he never ate salt on his potatoes and how she would put an ice cube in her hot coffee to cool it down in the mornings. He talked about getting older, knowing the inevitable is going to happen, but still the surprise of the shock that comes when you lose someone you love. “But I’ll be alright,” he said. “When I get blue, I just find something to do.” Like ride his bike. Or buy taffy or raisin bread for the children on the street. Or play the same old song from an old Tammy Wynette record he’s long loved. “I must have played it a 100 times since she’s passed,” he said.

Harold’s friends call him Baldy. He calls himself Baldy or The Mayor of Grant Street. That’s where he lives, Grant Street, our old street, which is less than a mile from our new house. He biked over, on his turquoise bike with a wire basket, a wooden clothespin pinned to it. He was wearing black tennis shoes, black dress pants, a loose and large T-shirt and a souvenir hat from Florida. The hat was light blue, with a palm tree on it and the word “Florida” in a peppy font. It made me think of the trip to Florida we’re making soon, I’m making soon, with my husband and children, in-laws, sister-in-law, aunt and uncle. It made me think of all the trips Harold took to Florida, with J. His sister-in-law, who lives in Florida, said he was welcome to come in the winter. Harold said he’s not looking forward to the winter. But he said Florida would be worse. The bugs are big in Florida, he said. And it wasn’t home.

Earlier I was cranky. I was tired and needing a nap. I have a lingering cough that won’t leave. The house is a mess. My pre-vacation-to-do list is ever growing. Two hours with Harold on my front porch on a warm-breeze, blue-sky day changed all that. I thought of Andy, working. I though of the boys, sleeping. I looked over at Sophie, singing a song to herself while swinging on the porch swing. And I looked back at Harold, who, on the verge of tears, was telling me how J’s ashes looked, in a container on his dining room table.

Suddenly, he had to go. He said he was making fried cube steak and cottage cheese for dinner. Strawberry shortcake for dessert. He told me exactly how he cooked the meat—the grease, the flour, the bit of water, the key being not to put a lid on it. He told me how much the cube steak, which is actually pork, he said, had cost—$2.50 per pound, at the grocery. I promised him a meal. Many meals. I wish I knew how to make tapioca. J used to make it, and it was favorite. But he said no. I told him I planned to ignore his “no.” I said I’d bring the kids over, especially this winter. On any somewhat nice day it’s almost a guarantee you’ll find Harold working on his perfect yard or sitting in his loved lawn chair in his driveway, sometimes next to his good friend Pat, talking with everyone, watching everyone, waving to everyone. He’s a good mayor.

Harold got me out of my funk today with the simple reminder that life is short, even when it’s long. That 50-plus years of marriage can go by too fast.  That beautiful, warm-breeze, blue-sky days aren’t meant to be spent in my daughter’s bed, napping, while she plays quietly next to me. Rather, they’re meant to be lived, and lived well.

Thank you, for the conversation on my porch, Harold. Thank you for loving J so well, living your life so well and reminding me that even in our saddest moments we can ride our bikes on beautiful days and find someone to talk to, on their front porch, until it’s time to go home and fry up some cube steak for dinner.

“To live in the hearts we leave behind is not to die.” —Thomas Campbell