This worked out well, as Andy was in Columbus all day and Sophie and I had a baby shower to attend. 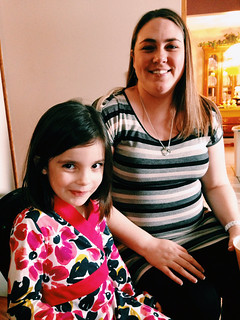 Lovely Danielle is due in March! 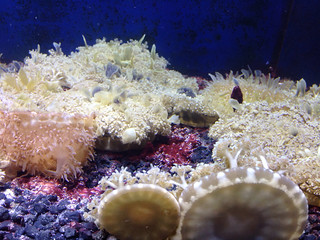 Sophie’s next request: the aquarium.

Once back outside, we watched the snow fall on the Ohio River. 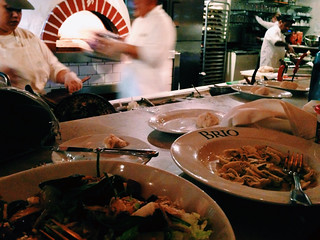 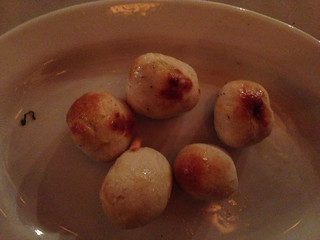 And then: Dinner at Bravo. All she really wanted for dinner was to sit in a high chair (bar stool). (Halfway through talking about it, she realized, with hilarity, that “high chair” sounded an awful lot like she wanted to sit in a “highchair.” We used the phrase “tall chair” then on after.) She got her wish and so much more. Newport’s Bravo does have tall chairs, which overlook the kitchen. We got to watch everything being cooked. And (I had no idea they did this) she was given a small ball of dough to form into any shape she wanted (she chose five “snowballs,” one for everyone in the family). Marissa (at least I think that was her name, it was loud when I asked her) was in charge of making and cooking all the bruschettas, pizzas, etc. She cooked Sophie’s snowballs, in the wood-fired pizza oven. Sophie watched them rise and brown, and was thrilled.

We drove home slowly, in the snow. Once home I discovered my parents had my house key (we switched vehicles). And both our front door and back door were (for once) locked. So I tried the cellar door—thankfully, the basement door at the bottom of the steps was unlocked, and Sophie laughed with great joy at the oddity of entering our house this way. Once inside, and having fed Tucker, both on our own, we immediately put on comfy clothes. I started a fire and she curled up on her new bean bag couch, a gift from Grandma, and we watched “The Little Mermaid,” which I had ordered online earlier in the week and which she had been waiting patiently for, as she had never seen it. 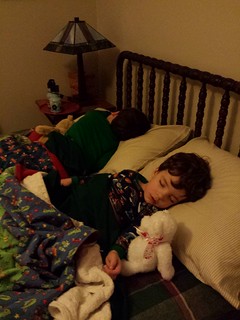 My mom just emailed me. “They went to bed at 8:00 and fell asleep before I hit the bottom step. They were on their best behavior all day.”

Today was so nice.

I could spend a paragraph writing about how much I love Owen and James but truly, I feel it’s unnecessary. I love them.

But I also love and crave one-on-one time, with all my children, too.

And this has been a tough year for me, with two three year olds. It’s, well, chaos. I don’t think even the sleep-deprived nonstop first six months was chaotic as this has been. There was more control to their infancy—there was a schedule and when they cried it was OK because that’s what babies do and everything—they and all their things—stayed put, unless I moved them.

And today, I could have fixed that chaos a bit. A bit more, I should say, as we’ve deemed the year 2014 as the year we put our house (and lives) back in order. But instead, I spent it looking at fish. And making dough snowballs. And breaking into my own house. And remembering how sweet and funny and kind my little almost 6-year-old is, and how much she shines when, every once in awhile, the wonderful, beautiful chaos of being a big sister to two 3-year-olds is removed.

I’m so good at seeing the beauty in the chaos once removed. Now, I just need to learn how to recognize the grace while in the thick of it.

“If chaos is a necessary step in the organization of one’s universe, then I was well on my way.” —Wendelin Van Draanen