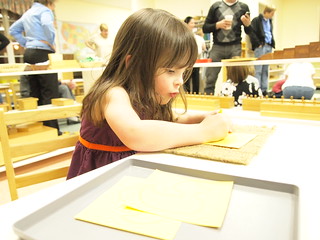 Several weeks ago was Parents’ Night at Sophie’s preschool. We took the boys with us. This was not smart. Sophie goes to a Montessori preschool, although I imagine any preschool has low-lying shelves with lots of little things on them. They boys’ eyes were big, their hands, everywhere. And Sophie was less than thrilled with their presence. Honestly, she’s pretty good about sharing. She has her toys that are hers only (as she should) and she keeps them in her bedroom, often playing with them by herself, while the boys nap. But she has her moments. We all do. 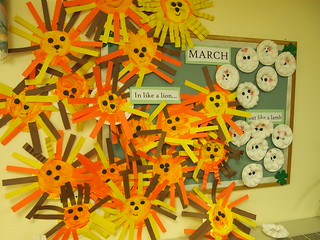 Still, her reaction at her preschool surprised me. It shouldn’t have. After the fact, it made sense. Her preschool time is her time. That night was for her to show us what she does—not what the boys can do with a tray full of beads. She was irritated and frustrated with the boys grabbing things, touching things, exploring things. Andy and I each took a boy, making sure things that were played with were put back exactly as they were found. And while doing this all-consuming task, we also tried to listen, watch and learn from Sophie. 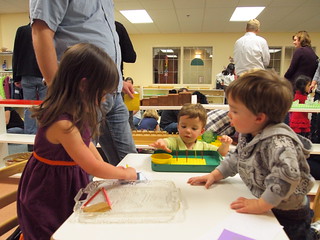 She made that  clear, in her own way. But I feel bad. We should have seen it, five minutes in, instead of 30.

So Andy took both boys outside, to walk around. And I sat on a rug with Sophie and finally  got a taste of what she does every Monday, Tuesday and Wednesday, from 9am to 11:30am. I know she loves preschool. But watching her solidified my belief. And I’m sure that much of this has to do with the fact that it’s something for her, and only her. She spent so much of the boys’ first year stuck inside with me, listening to me say “wait,” “hold on,” “in a minute,” “just after I finish pumping,” “just after I change this diaper,” “shhh, the boys are sleeping.” 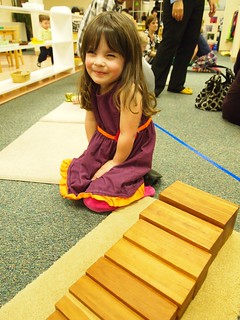 So I get her frustration Parents’ Night. This was not our night. And definitely not the boys’ night. But her night.

After some time Andy and I switched, and I took the boys outside and Andy sat with Sophie on a rug, watching, listening.

It’s funny. We went to Sophie’s school that night to learn about the things she’s learning about when in fact, we were the ones who were taught. 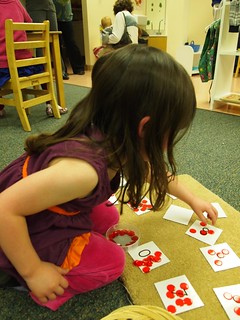 That said, having had children, I now believe children are the best teachers, no matter how much we try to reverse that sentiment.

“Children are human beings to whom respect is due, superior to us by reason of their innocent and of the greater possibilities of their future.” —Maria Montessori