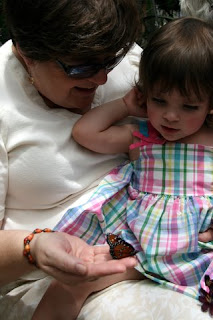 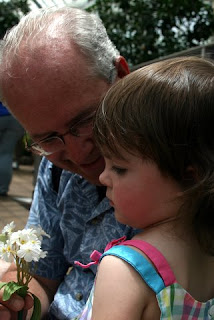 Ever since I was put on bed rest we’ve been overwhelmed with the generosity of family and friends as we’ve welcomed Owen and James into this world. We’ve received so many gifts—material gifts, meals, gifts of time. Some of the best gifts, however, have been directed toward Sophie. And I’m not talking about books or toys (although she loves those, too).

Friends and family have taken her on shopping trips, to parks, the Cincinnati Zoo, Totter’s Otterville and the Cincinnati Museum Center. She has loved these trips. When I tell her in the morning where she’s going to go she immediately puts on her shoes and asks—about every five minutes—if it’s time to go yet. And upon her return she talks about the day’s activities for, well, days.

And the thing is, these playdates aren’t always easy. While I was on bed rest my friend Jenna picked Sophie up at the hospital, loaded her up in our brand new minivan (which she had never driven) and navigated downtown Cincinnati streets to meet my friend Christine and her son Connor for some playground fun.

Whenever Jill is visiting she always asks Sophie to tag along on errands, including trips to the grocery, even though that means much longer trips. Sophie’s had one-on-one time with my dad at a recent Reds game. Both my parents have taken her to visit my grandmas and have kept her overnight.

Angel and Marty often have Sophie over to play with Zoey and recently they took her along with them to a trip to Cincinnati Museum Center.

And then there’s Julie. Julie is a friend of mine from high school who has three young boys of her own, the last two, twins. She amazes me. The first time I dropped Sophie off at Totter’s Otterville for a playdate with Julie and her boys, Julie gave me cards her boys had made, homemade cornbread and cookies, and the gift of a nap—all while she wrangled four children five and under on her own. Seriously, she amazes me.

And although I offer to return the favors (and still plan to do so), everyone has said instead to pay it forward. Family and friends, reflecting back on giving birth to their second (or third or fourth) children, all say the same thing—taking the older child out of the house is one of the best gifts you can give to a new mother. It delights the older child and makes things immensely easier for those at home.

So thank you. Sophie thanks you. And know that as soon as things settle down for me I do, indeed, plan to pay it forward. 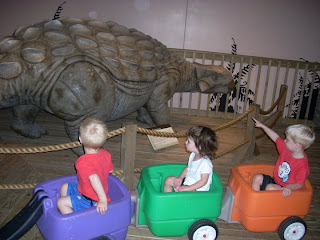 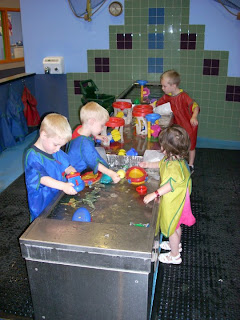 Sophie and the Hall boys at Totter’s Otterville

“Every man feels instinctively that all the beautiful sentiments in the world weigh less than a single lovely action.” —James Russell Lowell